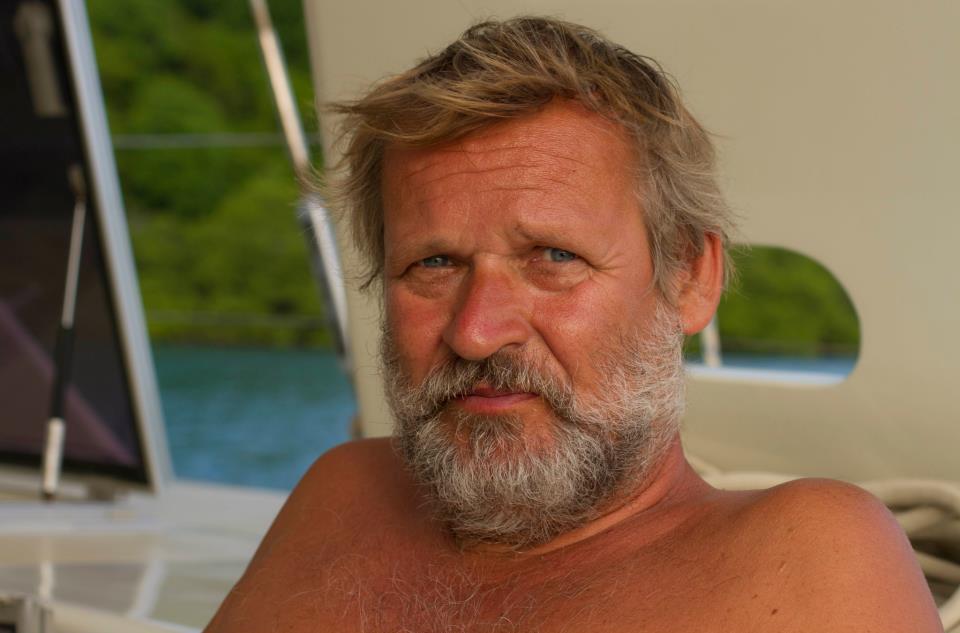 Alwin was born in 1952 in Cottbus in East Germany. In his childhood, he spent a lot of time on the Baltic Sea coast and went out there with fishermen on the open sea.
There his career was awakened. He wanted to go to the merchant marine as a radio operator or captain. because he loved the sea, and it was also a way to get more freedom in the former GDR.
But this was probably due to the numerous “Western kinship” unfortunately nothing!
Instead, Alwin graduated from high school with training as a car mechanic. In his free time, he dealt a lot with electronics, amateur radio and sailing. But instead of going to the Navy, he studied electronics, technology and precision engineering at the TU Dresden and then worked in research and development.
In his free time, Alwin sailed on the water near Berlin and Brandenburg with his 15th Jollerkreuzer, and he taught children to sail. He was unfortunately denied sailing on the high seas. So he had to limit himself to the inner sea waters of the GDR

After the reunification of Germany, Alwin managed to get the representation of a well-known ship’s supplier of electronics. He founded a company for ship electronics in his house directly on the outskirts of Berlin on the Oder-Spree Canal. So he made his hobby to his profession and had to do with navigation, radar, ship electronics and electronics, and so he equipped during this time many circumnavigators. But Alwin never forgot his secret desire to sail around the world himself. Already in 1996 he was able to auction a large sailing catamaran by chance at an auction by a bank and began to equip this for a circumnavigation of the world. In 2002 it was time. He transferred the management of his company to his eldest son, and two days after his fiftieth birthday, he broke the lines and went on a circumnavigation with his then wife. Norway – Spitsbergen – England – Spain – Canary Islands – Caribbean. And he might still be sailing with this catamaran if he had not left his wife in August 2004 and if Hurricane Ivan had not damaged his catamaran on Grenada the following September.

Alwin sold the catamaran and returned to Germany. There he worked again in ship electronics and equipped again other boats for their circumnavigation. But in the long run his desire to sail was stronger and in late summer 2005 he accepted an offer to work as a captain on the great sailing catamaran Neverland (20 m x 10 m). Alwin made the Sporthochseeschifferschein, the highest certificate for private shipping, and flew to American Samoa in the Pacific, there to take over the NEVERLAND. He now has about 160,000 nautical miles in the wake of 4 different ships, of which about 100,000 nautical miles on catamarans. Alwin loved his job as captain of a big catamaran. Alwin likes to cook, he also cooks vegetarian. And he is a good teacher if you want to learn more about offshore sailing.